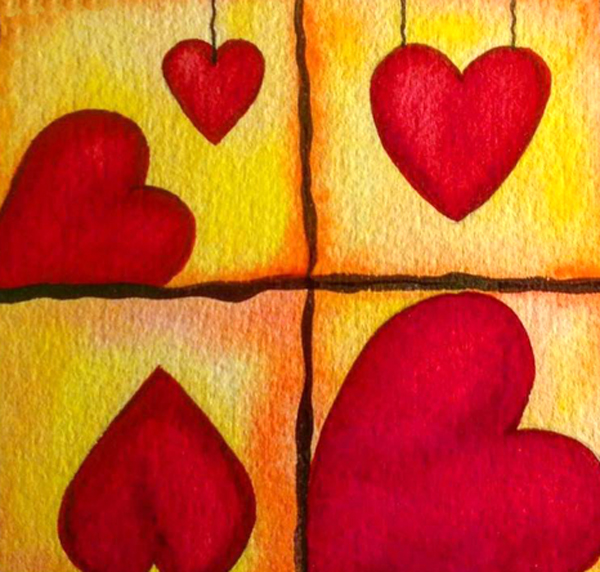 I have been speechless, my friends.

Both meanings of that word apply: aghast – and without words.

Every time I have opened WordPress to write a post, I have been so baffled by what to say, that I have said nothing.

For 15 years, I have made my living by having a big involvement with the online arts community, blogging, teaching, publishing – which I have enjoyed very much.

Because I made my living online, I have kept my personal feelings about politics, religion, and other such things to myself – which has been extremely difficult to do at times.

But one thing has come through to me loud and clear during these very trying times, and that is that I must stand for what I believe. Out loud – in word and action.

I have always taken the high road, and that will not change, but I need a plan to keep my head from exploding.

My first plan was to go out in the garden and bury said head in the dirt – just hide out for four years.

But that is not responsible action, and there seems to be no way to avoid hearing news that brings my blood pressure to boiling.

I CANNOT tolerate what is totally illogical, untrue, and idiotic. Never could tolerate such things and never will. Stuff just has to be TRUE for me, or at least, most likely TRUE.

Here is just a single example of the kind of thing that drives me crazy: If Hillary Clinton could bring 650 million illegal and/or Muslim immigrants into the country if elected, that would be really amazing, because it has taken us over 200 years to immigrate the current US Population of just 319 million.

That is only one example of the complete illogic that got us where we are right now. There are thousands of examples, but no point in revisiting the nonsense.

This is not politics. It is madness.

So, what to do? How to survive this debacle with wits intact?

Stand FOR what you believe in, and stand WITH the people who need you.

Stay connected to community and ready to do what is needed to protect your community. Don’t just talk, DO.

Decide once and for all, that no human being has the right to sit in judgement of the worth of any other human being, no matter what. And that you will not put up with that happening to anyone.

We all belong to ONE RACE – the HUMAN race. Differences we are born with are just for variety and make no one superior to anyone else. Anyone who has to declare themselves “better-than” is just broadcasting that they must feel “less-than”.

Fight for our system of government by checks and balances. We need conversations and compromise for government by and for the people to work.

And most of all, live your BEST life with the idea of spreading good thoughts, good feeling, good will, good cheer, and good-ness all around you and as far as you can reach.

Make someone you encounter feel better about themselves everyday, and they will carry that forward.

And when you hear something that throws your system into knots, stop to breathe before reacting any further.

Here is a treasure that comes from Buddhist tradition and has such a calming effect on your nervous system that you will find it hard to believe. So much result for so little effort.

Expel all the air from your lungs to start.

With your mouth closed, breathe in quietly through your nose to a count of 4

Hold the breath for a count of 7

Breathe out through your mouth for a count of 8 (this should make a whoosh sound).

Repeat 3 more times for a total of 4 breaths.

Don’t do more than 4 of these relaxing breaths in a set, but you can do a set as many times as you think of it during the day.

This really works and has saved my sanity (what is left of it) on more than one occasion.

I am climbing down from my soapbox for now.

Progress on the new website is slow but sure, and I have exciting creative plans for the new year, so stay tuned.

Sheer Heaven has officially left the building. I had very mixed feelings about that “ending”, but it had to be, and so I have found ways to appreciate the new found freedom that has come with it, and hopefully, some new “beginnings”.

My Santa Fe Gallery has shocked us all with its level of success and we are thrilled. It is truly a lifelong dream come true in its current state, and I am so grateful.

Gracie, the new kitten, is pretty much grown up now, but a kid at heart, of course. Too funny and way too cute.

During this website transition, you will find me most often on Instagram. Unlike Facebook, it is devoid of politics, and I have chosen carefully who I follow, so when I get a few free minutes, I go there to look at “pretty pictures”. And I post some too!

Until next time – live well.