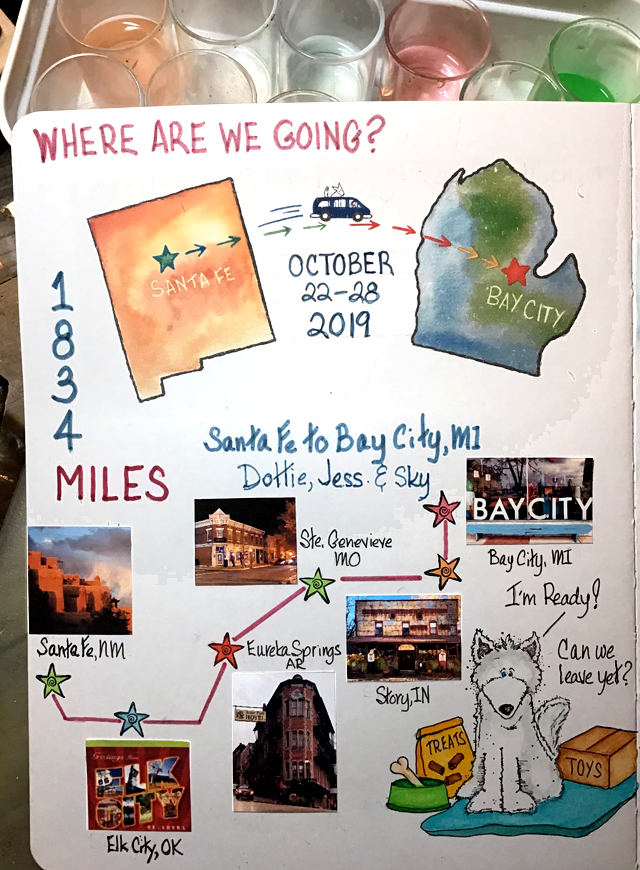 So, I ran away for a month. Away from home and work and social media. I got in the van with a good travel buddy and one of my dogs and headed off to Michigan for some Mom time. I don’t fly so this meant another road trip.

I post my travel journal pages on social media, but there is always much more to the story and that is saved for you, my faithful readers.

The original plan was to leave on Monday, Oct 21, and go as far as Amarillo, TX. The good thing about Amarillo is that it is only 4 hours away, and I am always late packing, so that is a good thing.

You might notice that Amarillo is not on the itinerary above.

That’s because this time, I was so late that I had to move the whole shebang to a Tuesday start. My friend, Dottie, had attended my Artists-In-Residence sketching retreat here, which had just ended, so she was happy to relax at the Casa and sketch, while I ran around like a ninny with its head cut off. (That’s a lot like a chicken with its head cut off, but with no animal cruelty).

We decided to drive 6 miles on that first day and found that landed us in Elk City, OK, which may have been interesting if we had arrived before dark. But we didn’t. We had still left a little late because of unforeseen things like a member of my Casa cleaning crew dumping a birdbath full of bleach water over the vacuum cleaner. It’s a long story and you don’t want to hear it.

Something interesting had to be added to that first day – or what would we put in our travel journals?

So we stopped at a place called the Blue Hole in Santa Rosa, NM. I blogged about it a million years ago on another road trip, but it’s worth another mention. 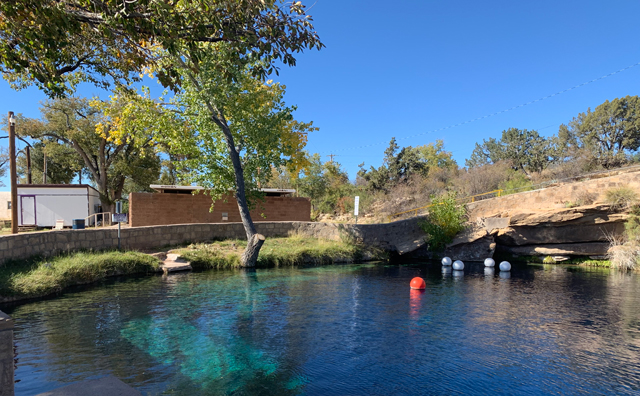 For a person whose favorite color is blue, this is a real treat. Gotta love New Mexico for blue!

The Blue Hole is an artesian well that is 60 ft in diameter and 80 ft deep. If you did a slicing thing to it, it would look like this. 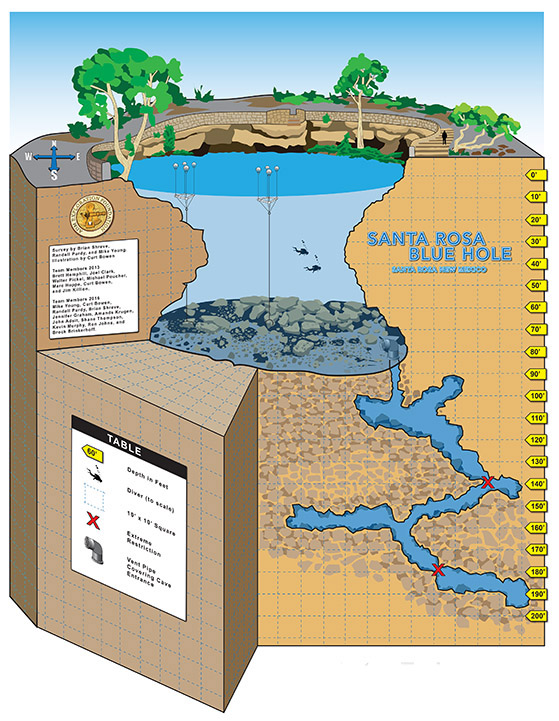 Sky (the guy not the dog) decided to dive in from the rock ledge. It was fun to watch but the best part was how Tahoe (in the photo insert) freaked out because he thought his human was in danger. He almost jumped in too, but saw Sky (the guy not the dog) pop up out of the water, and raced down to join him instead. He had been all ready to do the Lassie thing, though. 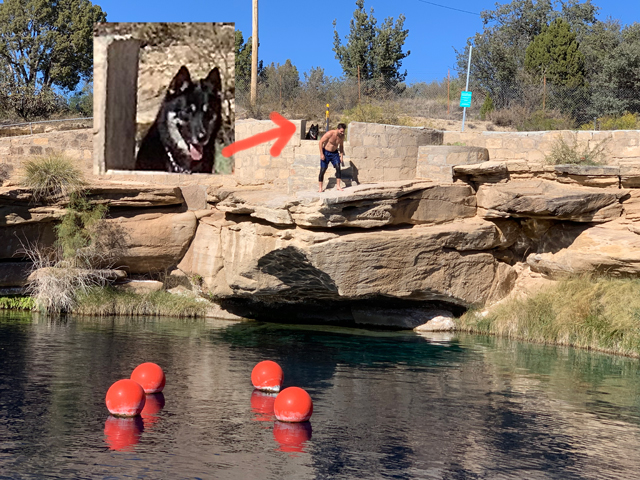 It was all very invigorating, especially for Sky (the guy not the dog) because the water was freezing. 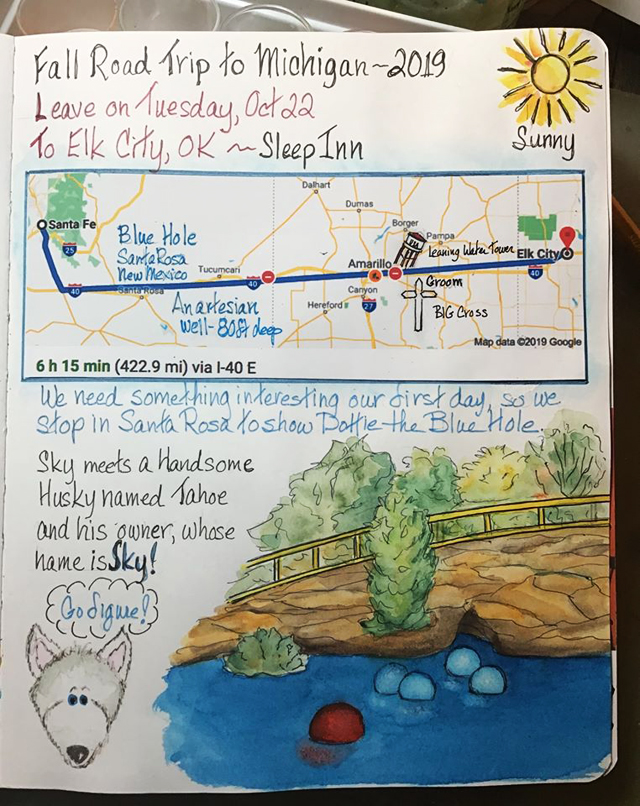 Of course, the synopsis had to be immortalized in the sketchbook – I actually did this one while on the trip! And I drew Sky instead of using the stamp I used on the firs page.